The National Centre for the Performing Arts (NCPA), Mumbai, is India’s premier cultural institution. Inaugurated in 1969, it was the first multi-venue, multi-genre cultural centre in South Asia. The NCPA is committed to preserving and promoting India’s rich and vibrant artistic heritage in the fields of music, dance, theatre, film, literature and photography, as well as presenting new and innovative work by Indian and international artistes from a diverse range of genres including drama, contemporary dance, orchestral concerts, opera, jazz and chamber music. Today, the NCPA hosts more than 700 events each year, making it India’s largest and most holistic performing arts centre.

The NCPA was the brainchild of JRD Tata and Dr. Jamshed Bhabha, two visionaries who saw India’s need for an all-encompassing world-class performing arts centre. Luminaries from various fields have contributed towards lending the NCPA the iconic status it now enjoys, with such artistes as Satyajit Ray and Yehudi Menuhin as its earliest mentors. Facing the Arabian Sea, the NCPA campus houses five theatres, as well as galleries, libraries, restaurants and numerous reception spaces. Boasting the best-appointed auditoriums in India, which underwent massive technical upgrade recently, the NCPA frequently attracts major events from overseas and is ideally suited to host large productions, including fully-staged operas and ballets.

As India’s role on the international stage expands, the NCPA has been investing in the country’s cultural future. The Centre regularly presents performances and workshops by leading artistes from around India. It also presents several international groups, and has collaborated with arts organisations and theatres around the globe including the Southbank Centre, Carnegie Hall, National Theatre (London), the Edinburgh Festival, and the Metropolitan Opera (New York). The NCPA Mumbai regularly welcomes some of the leading orchestras from around the world, including the Vienna Philharmonic, Israel Philharmonic, Bavarian State Orchestra, BBC Scottish Symphony Orchestra, Orchestre de la Suisse Romande and London Symphony Orchestra, amongst others. With its great emphasis on education, the NCPA is developing a reputation as a major centre for training and education, building on an already well-established programme of workshops, seminars, and special events for families and children.

In 2006, the NCPA established the Symphony Orchestra of India (SOI), the country’s first and only professional orchestra. Founded by NCPA Chairman Khushroo N. Suntook and violin virtuoso Marat Bisengaliev, who serves as the Music Director, the SOI regularly performs with some of the world’s leading conductors and soloists.

The NCPA Library is the only specialised performing arts library in the city of Mumbai, and as part of its mission to preserve India’s cultural heritage, the NCPA has built up extensive archives of more than 6,000 hours of music and film recorded at the organisation since its inception. The addition of the Stuart-Liff Collection in 2010 gave the NCPA a treasure trove of sought-after books, recordings, and musical scores that is truly unique in the world of Western vocal and operatic music.

Having celebrated its golden jubilee in 2019 with a multi-genre festival spanning four days, the NCPA, with an ever-expanding list of performances, educational projects, exhibitions, and much more, continues to build on its reputation as one of the leading arts centres in Asia. 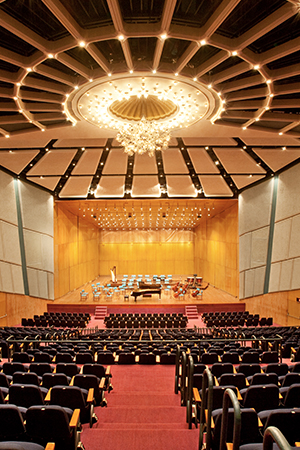 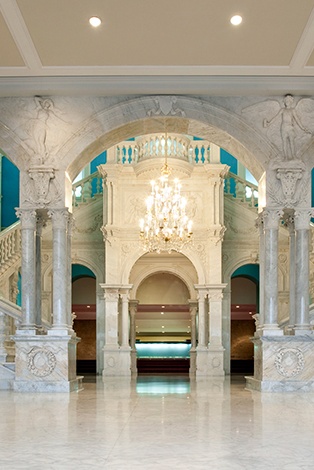 Venues
No Trailer To Show

Enter your details to get the latest news about NCPA.

Enter your e-mail address to get the latest news about NCPA.